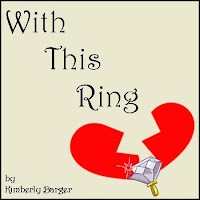 An engagement ring retrieval mission gone wrong. It's been two weeks since Nate's fiancee, Claire, told him that things were over between them without any kind of explanation. Now she won't even talk to him. Nate is devastated and confused. But he's also angry and hurt, and Claire still has something that Nate wants. The ring. Nate's best friend, Mario, convinces Nate to sneak into Claire's apartment with him to find the ring and take it back. While Nate and Mario are looking for the ring, Claire returns home. And she's not alone. She's on a date with George, who loves chocolate and fist bumps, but doesn't quite have his dating act together. Trapped inside Claire's apartment until they can escape, Nate and Mario are forced to hide, hearing every detail of the date. Over the course of the evening, Nate learns why Claire broke off the engagement, while discovering some things about his best friend. He also finds the ring, but is the ring really what he wants?

WHAT PEOPLE ARE SAYING
"I can't tell you how much I enjoyed working with your script. It really is delightful and there are still so many new ideas that come up even today watching it again. That is solid writing."  ~Paul Foltz, director of the 2019 HACC New Works Festival

"I really enjoyed your play. The humor was terrific and it just kept coming. Well written. No question as to why it was chosen to be presented."  ~Tony M., attendee of the 2019 HACC New Works Festival

"This is a comic hit! From the first Instagram joke, to the feel-good conclusion, this play will work well for an audience. The stock characters work by staying just away from cliche, and the sentiment is honest without being cheesy. The rising action and tension used to support the plot and the comedy function simultaneously as a well-crafted piece. It has all the workings of a romantic comedy, and the motivations are established precisely with direct and clever conversation."  ~Judge, 2018 Pittsburgh New Works Festival 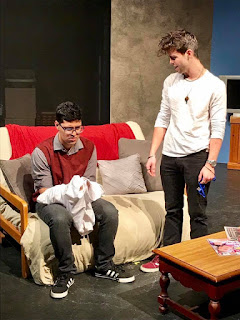 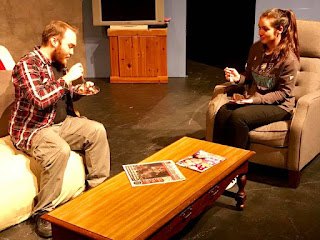 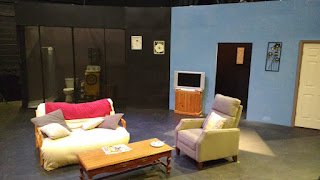